How The Internet Changed My Career 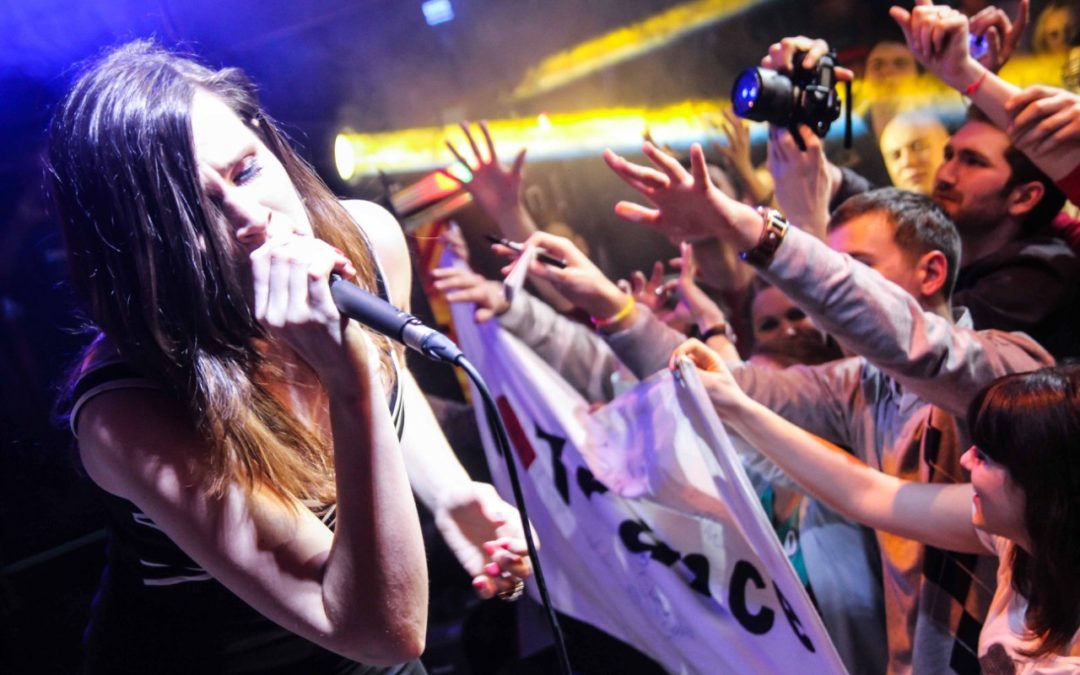 Who would have thought that one day I’d be performing at events such as Tomorrowland, Armin Only and Untold Festival and that I’d have my music heard all over the world?

Ever since I was a little girl I somehow knew I could sing and dreamt of a career as a singer. But because I was quite shy I didn’t share my dream with anyone and you could say I was a ‘bedroom singer’ at best!

Fast forward to my high school years. Being a few years older now, combined with my growing desire to have my voice heard, I picked a school that offered a lot of possibilities to do music and theatre.

My first music teacher at this school, after hearing me sing in class, suggested that I’d participate in the annual Christmas play.

And then it all changed.

As soon as I performed there the ball started rolling.

First of all pretty much the whole school now knew I could sing.

The head of the school [a former music teacher] urged my parents to find me a good vocal coach [at which they succeeded and I still work with her till this day!].

And if that wasn’t enough, two school mates approached me a couple days later asking me if I wanted to join their band. Which I did of course. And that is when I first started songwriting and gained a lot of experience playing with musicians and performing live.

It was actually during one of those gigs with my band that a neighbour, who happened to have contacts in the Trance music scene, discovered my voice and introduced me to those contacts. And that is how my professional career started taking off.

Looking back I can clearly see how becoming visible – showing myself and my talent [despite being shy] – has been the key that opened up many doors for me!

So what about the internet?

What does all of this have to do with the internet you may wonder? Well, online marketing is an amazing way to become visible at a large scale!

Because of the internet the world lies at our feet.

Being one of the few female artists in a male dominated scene and, on top of that, a singer in a DJ dominated genre as well, the internet has played a key role in my career. It helped me profile myself as a multi dimensional artist instead of just a voice for hire. And more importantly, it allowed me to build my own following of fans as well. I now have my own fanbase that I can interact with independent of any record label, traditional press or expensive PR agency!

That’s easy for you to say

You may think it’s easy for me to say because my career kicked off after I worked with Armin van Buuren and we scored a worldwide hit with our track ‘Shivers’. But I honestly believe I wouldn’t be where I am today, years later, if I hadn’t invested time and effort to keep reinventing myself as an artist, as well as researching and implementing online marketing strategies and building my online presence.

And yes, in sense of social media and online marketing I may have been an early adapter and profited from that. It may look like nowadays everyone is trying to make it online. But the emphasis is on the word ‘trying’. As I can assure you the majority have no idea what they are doing.

And that, in combination with having great music of course, is where you can beat the masses. When you learn the online marketing tools and strategies that actually work, it will set you apart from the rest!

You can do it too!

This spring (2020) I am launching the second round of my online ‘Build & Boost Your Fanbase’ course. Through this course I teach artists the exact same online strategies that I have successfully applied throughout my career and that have resulted in me having a strong online presence and a faithful fanbase.

This is what David Hunt, one of last year’s participants had to say about the course:

“This course is great for new artists starting out or those who have been at it for a while but getting nowhere.  It forces you to change your perspective on how to engage your audience and how to market to them without being a sales manager.  It really helped me engage with my audience and I am building my audience steadily and consistently now.”

More information about Build & Boost Your Fanbase can be found here!

Are you an artist? And does the idea of learning how to make an (even bigger) impact with your music online sound exciting to you?

Then I’ve got just the thing for you!

Get access to my free 'Fanbase Boost Blueprint' training!

Subscribe to the weekly Business Coaching For Artists newsletter on the right and you will get access to my 40mins Fanbase Boost Blueprint training!

Please note! You will receive an email to confirm your subscription.

Don't see it in your inbox? Check your spam! 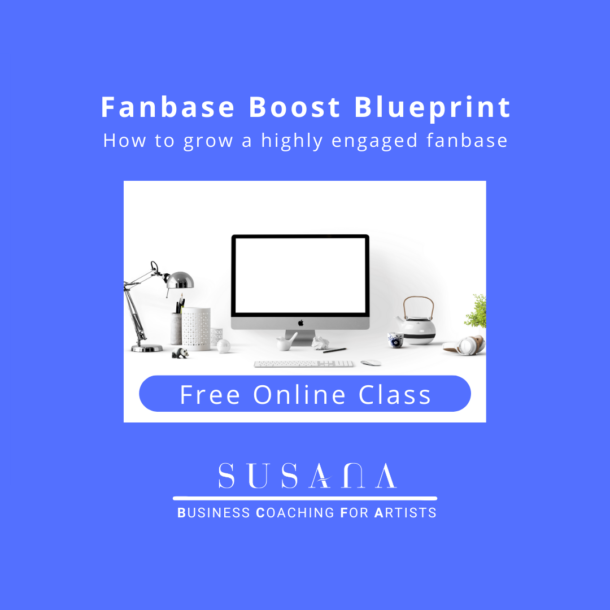 Thank you! You will receive an email to confirm your subscription (check your spam)