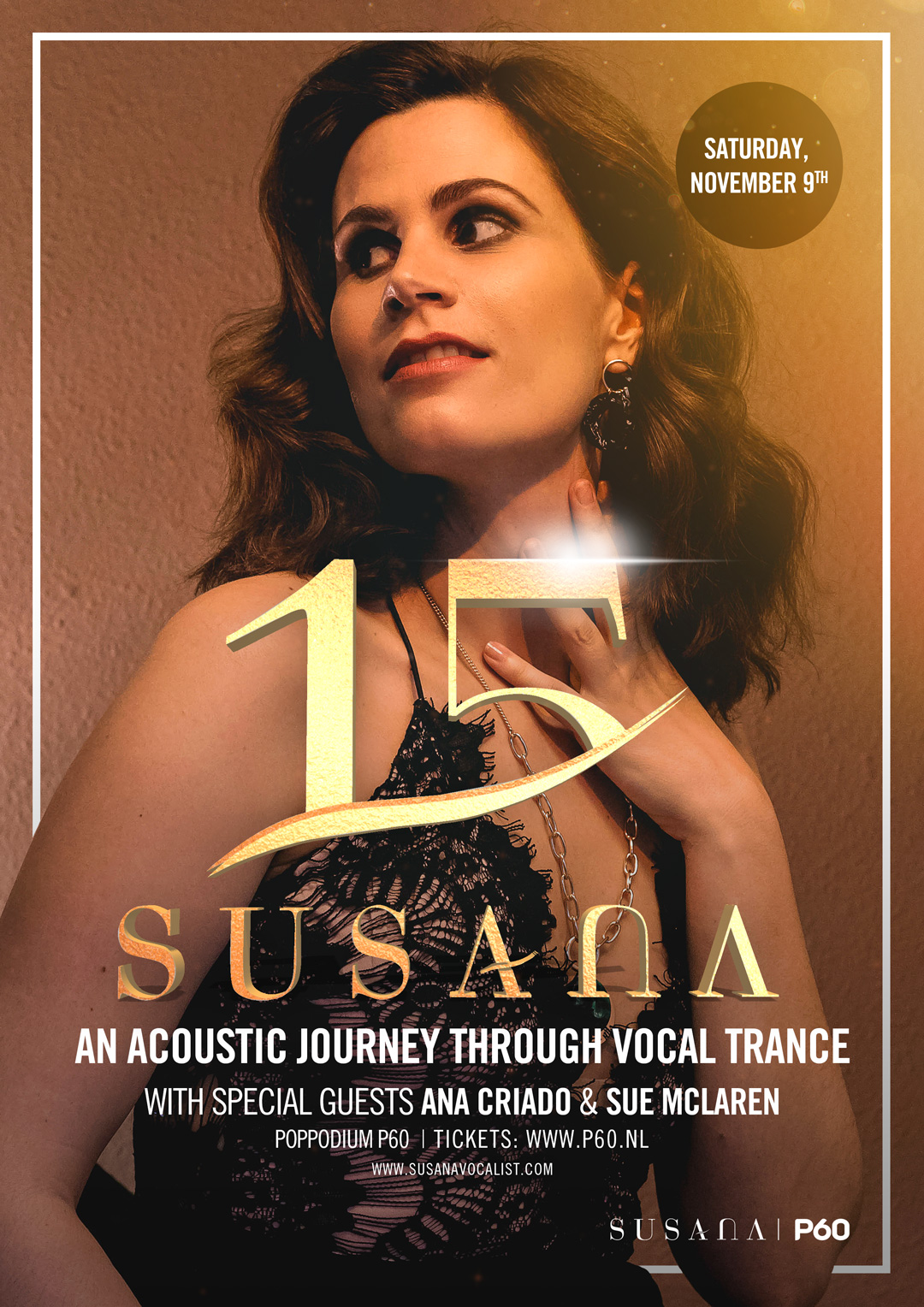 In light of her 15th anniversary Dutch vocalist Susana – known for chart topping collaborations with Armin van Buuren, Aly & Fila, Dash Berlin, Markus Schulz, Ram and many more – embarks on a new adventure and presents Susana|15: a celebration of her career and an ode to the Vocal Trance genre. The event will take place in The Netherlands on November 9th 2019 at Poppodium P60 (Amstelveen).

Having travelled far and wide to perform for trance crowds all around the world, for this special occasion Susana is returning to her native country and reconnecting with her musical roots.

She invited some amazing musicians and fellow vocalists to join her and partnered up with concertpianist and composer Geronimo Snijtsheuvel. Geronimo will be working closely with Susana and the musicians as musical director of the event. Together they offer a unique and intimate live concert experience for true vocal trance lovers, showcasing their favourite Trance vocals in their purest form.

Join Susana as she’ll take you on a trip down Vocal Trance memory lane with stripped down acoustic versions of her songs such as Shivers, Closer, Nothing at All, Ramelia and Only Summer Knows.

And there’s more! It has always been Susana’s mission to pave the way for vocalists as artists in their own right, instead of mere voices for hire in a DJ dominated dance music scene, so the event wouldn’t be complete without guest performances by some of the genre’s most beloved vocalists!

Dutch songwriter and vocalist Ana Criado (known for hit releases with Armin van Buuren, Alex Morph, Omnia and many more) as well as British songstress Sue McLaren (known for collaborations with Paul van Dyk, Aly & Fila and Andy Moor) will both be performing a selection of their songs in never before heard acoustic versions!

It may be obvious that the event is set to be a unique experience for Susana’s fans and vocal trance lovers in general. Special VIP packages are available for Susana’s biggest fans.

TIMETABLE
Doors open 7.30pm. Concert starts 8.30pm till approximately 10pm.
For those of you with a VIP ticket there will be a hang out/meet and greet with me in the afternoon prior to the event. This hang out will take place  between 5-6pm at the venue. Read how to get a VIP add on below.

A limited amount of VIP tickets are available as and add on to an early bird or regular ticket. VIP ticket includes a meet and greet/hang out with Susana, goodie bag and early access to the concert area.

PLEASE NOTE: the VIP ticket is an add on. To be able to access the event you will need to buy an EARLY BIRD or REGULAR ticket as well.

HOW TO PURCHASE A VIP TICKET: On Ticketmaster, after selecting an entrance ticket, you will be able to add the VIP package as an extra on the next page.

TIME VIP HANG OUT: For those of you with a VIP ticket there will be a hang out with Susana in the afternoon prior to the event between 5-6pm at the venue. VIP guests will have early access to the concert area.

You can find all details about the VIP part of the event here.

The event is all ages. Minors under 16 should be accompanied by an adult.

The P60 venue is wheelchair friendly (incl. elevators). Please email them minimum 24h in advance of the show so they can make sure someone will be present to assist anyone who arrives with a wheelchair. Email is: publiciteit@p60.nl. Don’t forget to mention the name + date of the event.

P60 has a deal with Grand Hotel Amstelveen. 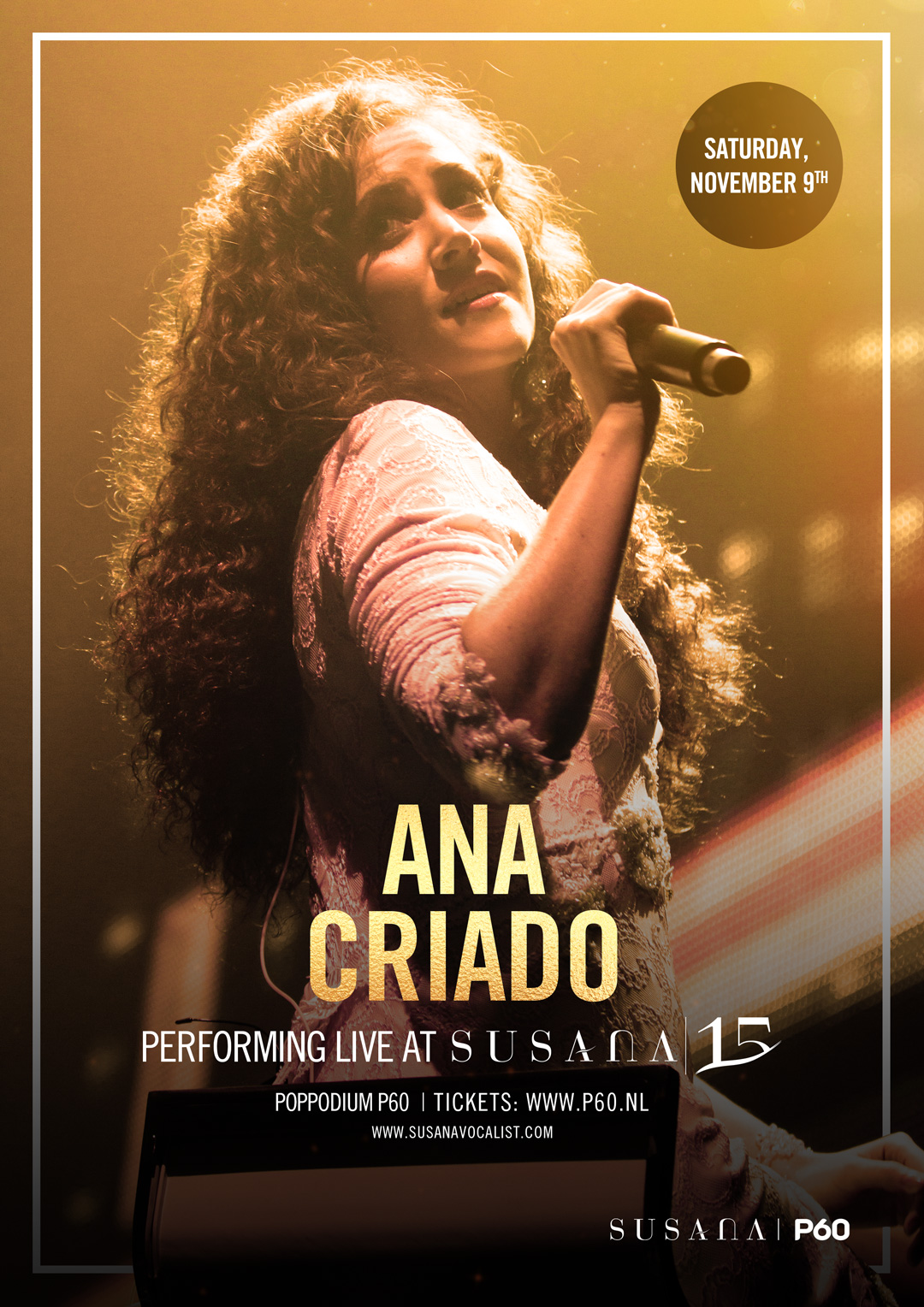 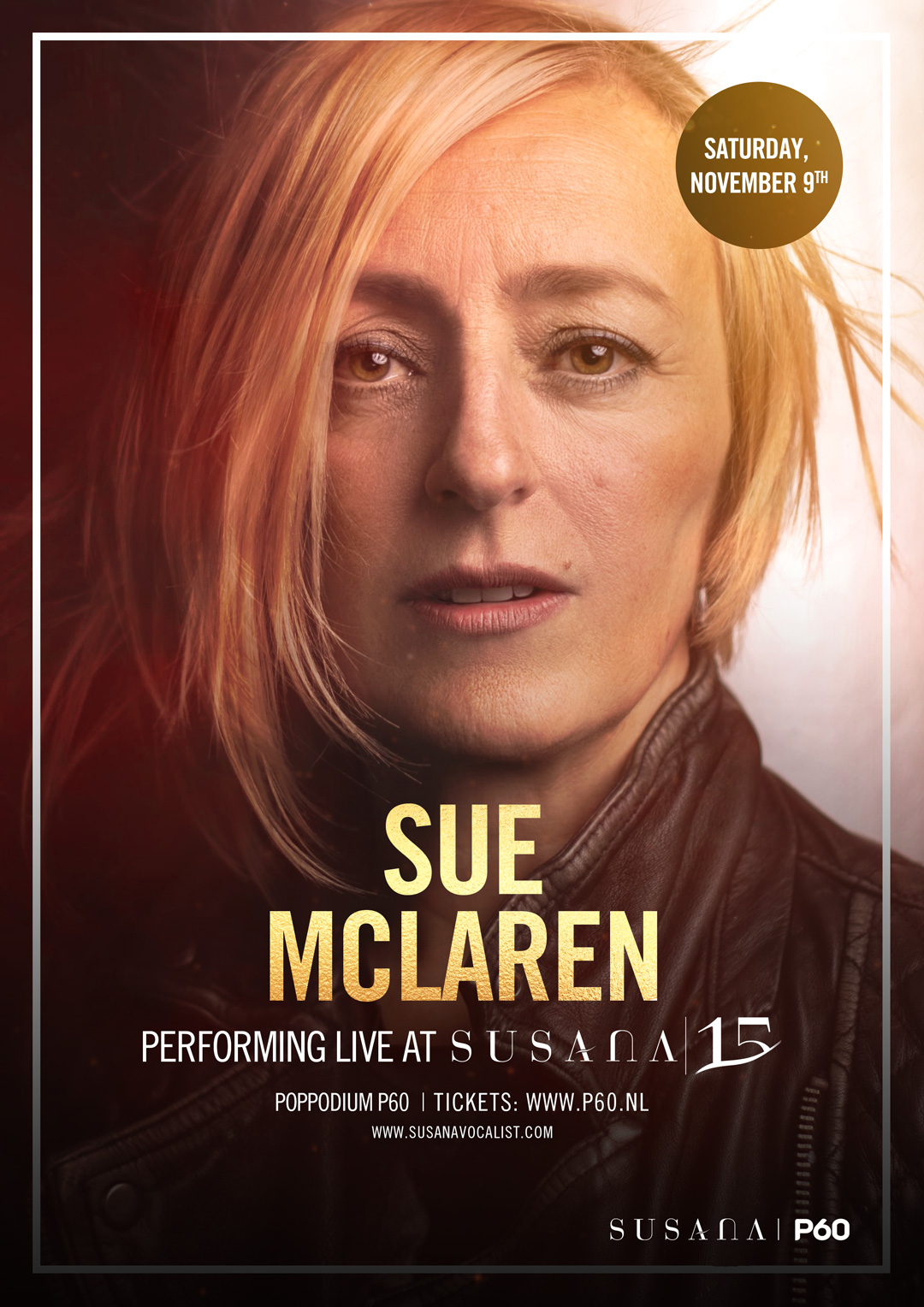